How To Update Your iPhone iPad To iOS 12 Beta

It’s been three weeks since Apple officially revealed iOS 12, and since then only Apple developers have the privilege to try these new iOS 12 features like Screen Time, Shortcuts, ARKit 2, etc. Here’s a good news: from today everyone can upgrade their Apple devices to iOS 12 beta.

So what’s new in iOS 12? Is it worth being the guinea pig to join iOS 12 beta upgrade program? If you are brave enough to take the plunge, give a try to upgrade your iPhone or iPad to this iOS 12 beta on this page.

Camera Effects – Don’t get disappointed if you cannot find any new message effects or keyboard options in iOS 12’s Messages app, but there are still big improvements. With iOS 12, you can open a separate Photos iMessage app when you try to send photos in Camera Roll. The benefit of Camera Effects is that you’re able to have extra iPhone storage space saved up. 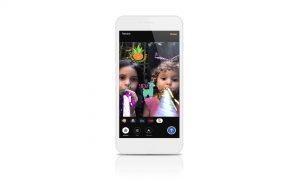 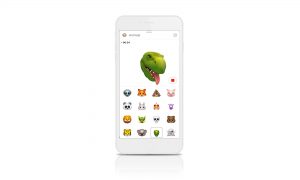 Better Performance – Apple promised that whether you’re using your iPhone or iPad, iOS 12 has been enhanced for a faster and more responsive experience all around. Things you do now with iOS 12, like opening Camera and typing with the keyboard all would be faster than iOS 11. These enhancements improve performance on all supported devices, even your ancient iPhone 5s and iPad Air. 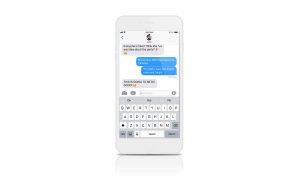 The Checkpoints Before Upgrading to iOS 12 (beta 1)

Don’t get too excited about this first iOS 12 public beta as it may break your iPhone or iPad. Even though we can take the general safety of this iOS 12 beta upgrade, it’s still a (relatively high) risky operation. So we suggest you consider the following iOS 12 beta upgrade checkpoints before starting.

Before upgrading your iPhone, iPad to this iOS 12 beta, make sure your device is capable of running it. Like iOS 11, iOS 12 is only compatible with 64-bit devices – which means 32-bit devices like the iPhone 5 won’t be able to run the update. Here’s a full list of iOS 12 supported iPhone, iPad, and iPod touch devices:

To download the iOS 12 beta, go to beta.apple.com while on your iPhone, iPad, or iPod Touch and tap “Get started.” You will then be asked to enroll your device which will require signing in with your Apple ID. Afterward, you have to download the configuration profile for your device.

How To Install iOS 12 Beta on Your iPhone

Once the iOS 12 beta installing profile is downloaded, head over to your iPhone’s Settings > General > Software Update. You’ll then find the iOS 12 beta is ready for installation. Tap Download and Install > Enter your passcode > Agree on the terms and conditions > then you’ll be able to download this iOS 12 beta. After the download is complete and your device reboots one more time, you will officially be running iOS 12 beta.

Before iOS 12 was officially released, Apple underlined its focus on making iOS 12 upgrades more stable and capable since these overwhelming iOS 11 problems have been caused real disturbances to users. For average users, it’s suggested to wait for the official release of iOS 12 before upgrading. But if you’re the forerunner in the field of app design and development, and have sufficient skills to handle with unknown iOS 12 beta problems, give it a try today here.